Mindfulness has emerged in the past few decades as a powerful tool to maintain our equilibrium as we deal with difficult emotions. It’s a state of active, open attention to the present, that involves observing one’s thoughts and feelings without making judgements. It is rooted in Hindu and Buddhist teachings but became more formally studied in the late 1970’s and ultimately incorporated into evidence-based mainstream mental health care in the twenty-first century.

It’s a technique that most of us have to learn because it runs counter to the all-too-human tendencies to not be in the moment and to judge ourselves and our circumstances, tendencies so well portrayed in Cognitive Behavioral Therapy Made Simple by Seth Gillihan that I’ve opted to share portions of his book below.

Matt didn’t know how much more of this he could take. For the past few nights he’d been working to transition his infant daughter to fall asleep in her crib rather than while being rocked, and it wasn’t going as smoothly as he hoped.

“She should be asleep by now,” he thought to himself as his daughter continued to babble away. He had gone into her room once already to resettle her and thought she was close to drifting off when he left. But a minute later he heard her very awake-sounding voice through the baby monitor. A few minutes later her babbles turned to crying. Matt knew he’d have to settle her again.

He shook his head as he entered the room, hoping she couldn’t sense his irritation. He looked forward to finally watching his TV show in peace as he patted her back, rolling his eyes, and gritting his teeth in the darkness.

Mindfulness is a remedy to two strong tendencies that Matt and many of us are prone to:

1. We focus on things other than what is happening right now. Most of the time we’re thinking about events that have happened in the past or might happen in the future. Thus, our wellbeing–or mood–is often affected by things that have little to do with the present moment.

2. We continually evaluate ourselves and our reality as good or bad. We do so based on whether things are working out the way we want them to. We try to cling to circumstances we like and push away or deny those we dislike.

These tendencies leave us vulnerable to unnecessary suffering. Focusing on the future can lead to worry about potential problems, most of which will never happen. Ruminating on events from the past can lead to distress and regrets about things that are no longer in our control. Judging ourselves can lead to poor self-esteem. Judging circumstances as for us or against us often leads us to resist things, even when such resistance is futile, like cursing at the rain. Mindfulness counters these tendencies by striving for presence and acceptance.

Mindfulness is more than knowing that we’re doing something. It’s about going deeper, intentionally connecting with our experience. We don’t just walk the dog–we notice the color of the sky, the feel of the ground under our feet, the sounds our dog makes, the pulls on the leash. It’s opening our awareness to elements of our experience that we normally miss.

Simply being present in our lives accomplishes two things at once. First, it allows us to get more out of what’s happening, so we don’t sleepwalk through our lives. We can discover the richness in our reality, even in the most mundane activities. Second, when we’re present, we’re not worrying about the past or fearing the future, which is a big part of why mindfulness reduces anxiety and depression.

The second core feature of mindfulness is acceptance, which means being open to our experience as it unfolds. Again, from Gillihan’s book:

After a couple of miserable nights, Matt realized he needed a new perspective on his daughter’s bedtime. The next night he decided to try a different approach–what if he let the night play out however it was going to? It’s not like his resistance made things better: it was making him feel frustrated toward his baby every night. He resolved to do his best to help her fall asleep, and to release his fierce attachment to controlling exactly when that happened.

The first time his daughter began to cry, Matt took a calming breath before going into her room. Instead of telling himself, “I hate this,” or, “This is ridiculous,” he thought, “This is what is happening right now.” Then he took stock of what that statement actually meant: He was standing by the crib of his baby girl, whom he loved more than words. He was patting her tiny back, which was the size of his hand. He realized how in that moment he had no real complaint about anything. He wasn’t cold, hungry, thirsty, or in danger. His daughter was healthy. She just wasn’t asleep yet. Maybe things were exactly as they ought to be.

Matt’s example reveals important aspects of mindful acceptance. First, it doesn’t mean we have to stop having preferences for how things go. Of course, Matt still wanted his baby to fall asleep quickly and easily and wanted to have more of the evening to himself to unwind. Acceptance meant considering his preferences more lightly, and not assuming his daughter was doing something wrong by not being asleep when he wanted her to be.

Now, Matt didn’t throw in the towel and stop following the bedtime routine he and his wife had agreed on. He stuck to his plan, offering predictability and consistency while recognizing he couldn’t control his daughter’s sleep.

When we stop fighting against the way things are and accept reality, we relieve an enormous portion of our stress, but that does not mean we give up on making things better. We become willing to see a situation the way it simply is. This kind of acceptance can actually be a catalyst for change, as when we accept that there is poverty in our community and decide to do something about it.

Like any skill, being more mindful takes practice. There are two major types of mindfulness endeavors: 1. Activities designed specifically to engage and train mindful awareness and 2. Bringing mindfulness to ordinary daily activities. Meditation, yoga, and tai chi are examples of the former. Embracing the experience of putting your baby down, connecting with a friend, being outdoors, or eating a good meal are examples of the latter. Generally, the idea is to practice mindfulness through meditation so that you can use it to enrich and uplift other life experiences. You can get started right away with apps like Head Space, Calm, and Insight Timer and see how your life improves. 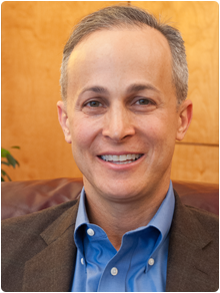 Let's talk and See If We Are A Good Fit

***Please note that I am unable to take on new patients at this time.***